Become A Master In Just Minutes A Day 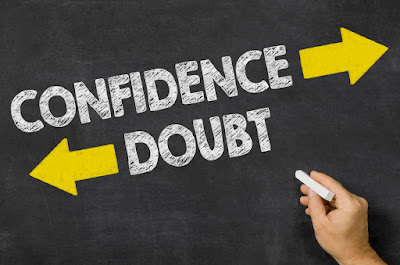 The greatest challenge to anything we want to achieve, whether it's my kindle publishing journey, an athlete trying to win a game, or a musician to master the lines of a play or musical score isn't what you think.

It's not money, or time, or passion.  Those are all great hurdles that must be overcome.

But for you to accomplish anything that matters, you have to over come one obstacle that is greater than the rest.

It's easy to doubt what we know in the heat of the moment, or what we have done countless times before.

How is it that doubt has such a strong pull on us?

Whether we're playing music, or as an athlete, a writer, actor or even a fireman, doubt serves a number of purposes.

We all experience doubt at some point of our lives.  It usually stems from a feeling of being overwhelmed, unprepared or not ready for the task at hand.

I recently published 3 short stories on Amazon's Kindle Publishing platform and wasn't sure how they would do.  These were stories I wrote some time ago and had multiple readers on so I was aware of how their general reception may be.

But I still had doubt.

Doubt in my abilities as a writer. Doubt in whether I could get them uploaded properly onto the Kindle Publishing page and promoted through Amazon.

Worse yet, I doubted whether anyone would notice.

Doubt is natural, yet it plays a malicious role in our minds.

However, on one level, doubt also serves as a survival mechanism.

It tells the baser, lessor part of our brains what traps to avoid, and what to fear.

In essence, doubt serves as the catalyst to fear.

It's 2 a.m. and you're dead asleep in your bed.  In the other room, the smoke detector sounds and you shoot up like a jack-in-the-box from bed with your heart in your throat and ears, deadening the sound. The room is still and dark. You don't smell any smoke and there doesn't appear to be the orange hue of flicker-flames lighting your room.  As the alarm stops and you listen. You listen some more. There's nothing but your breathing making any sound, and you still don't smell any smoke. Do you get out of bed to check around your place, or do you lay back down and fall asleep, only to wake again and again, unsure if the house is on fire?

Doubt can also prove to be a positive thing as in the example above.  Doubting whether all is calm, or whether you should examine your house for flames is a way of protecting yourself.

Doubt can also cause us to overreact.

Paralysis By Analysis: The Comfort of Staying On The Sidelines 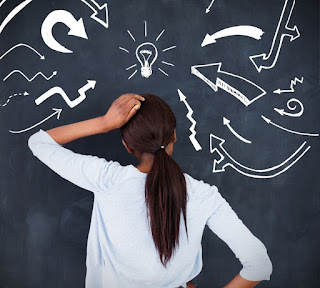 Paralysis by analysis, the process of overthinking before taking action.

Usually it's a coping mechanism that we use to stall our perceived fear of being unready, of being afraid to fail.

Too often it can dominate the mind of even the most accomplished individual.

To overcome this stalling technique, you need to leap before you feel ready.  There's always something more to learn, to study, to know.  But by taking small detailed steps, you can be confident in the area's you've mastered.

As athletes we can doubt our preparation.  The doubt could be in conditioning, or in the tactics or game plan.

We may worry about missing our relay exchange, or making a bad throw to a receiver, or missing the game winning free throw, even though these are relative tasks performed hundreds, if not thousands, of times in the daily ritual called practice.

For an actor or singer, flubbing a line that's rehearsed over and over again is akin to standing naked in front of the audience.  It ruins the moment, we "fall on our face" in front of a crowd.  Nothing is more terrifying than standing out in front of people you know, and some you don't, being ridiculed and recognized as a failure.

This doubt is an experience we all share.  The problem is that if we focus our energy on it, then becomes metastasized to something multiple times greater, fear.

And fear can also lead to paralysis by analysis.

"Paralysis by Analysis" is the process of overcompensating our fears by studying and preparing on our weaknesses without ever taking any action.
Thing is, once a little doubt creeps into our thoughts, it can grab hold and become insidious, wreaking havoc on your confidence in even the mundane tasks such as your personal warm-up routine.

It's a slippery slope, one that is easy to fall down.

Questions about out abilities and our preparation evolve from ones such as "am I good enough" to become "I'm not good enough to do x, y, z" in short time.

The onerous grip that doubt can play on our minds can lead to confusion, fear, and lack of action.

My own doubt about my writing and kindle publishing journey has made me rethink my ideas and how I've promoted my stories.

I've read countless books, blog posts and articles on the subject, trying to understand more about how to write, how to publish and how to promote the stories.

All because the doubt made me stand on the sidelines versus getting in the game.

So how do we conquer our doubt before it transmutates to overwhelming fear?

(Yes, I know "transmutates" is a derivative of tranmutation: the act of changing from one to another form and relates to shifting physical forms from one shape to the next. In physics it deals with the change that stems from an external force creating some new form or shape. As I'm using it here is a version I stole from a song that is a conjunction of transformation and mutation).

The key to overcoming doubt before it transmuates into something greater is to have detailed plans on how you prepare and to implement those plans in small incremental doses of time to allow mastery to take place. 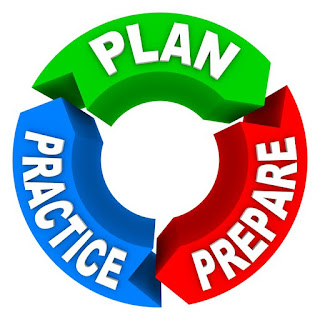 Along with others such as Malcolm Gladwell and James Clear, I've written before about the concept of planning as relates to practice and mastery.


In order to achieve desired results that are born of confidence, you need to create small, incremental actions that are highly detailed for practice.


So, in order to overcome doubt, there are two things we need to do.

But to become truly exceptional (or at least competently average) you need to practice a specific scale, in time, and with rhythm.  To play the scales forward, then back, perhaps only playing the root and second note of the scale, or starting at a different note and working around the scale from there would all be detailed tasks that you could learn to master in short time.

2) The second thing to building confidence and overcoming doubt is mastery through duration.

No, I don't mean playing the scales over and over again until rote memorization.  That may work for naming dates from a history book, but won't help you master the scales in any tangible way.

You need to work on a small selection of details that you hope to master in a short duration spread over time.

Our brains are an organ, true.  They are also considered a muscle and like all muscles they have a finite amount of energy and constantly need to be replenished.  To think that we can focus for long periods of time without fatigue is a failure of understanding of how the brain functions.

Short periods of highly focused time with breaks and rest-in-between activities is invaluable.  In past articles on time management, I've detailed the concept of the Pomodoro Technique - a technique that places focus on short intense periods of work, followed by short rest breaks.

Spend 10 minutes on a task.  Make your focus laser-tight. Take a short break from that activity and begin again.  Eventually you'll build up enough "endurance" to move onto another skill.

As Earnest Hemingway is credited with saying when talking about writing; "Write one true sentence.  Write the truest sentence you know."

The concept of writing one true sentence a day is a better way to master the art and skill of writing than trying to sit down and write a 600 page Russian opus.

The volume of pages, the quality of writing are all too daunting.

It's the small doses of highly focused practice that makes the biggest difference over a long period of time.

In other words, short, intense durations of highly focused activity have been proven methods to achieve mastery.

As proof, Charles Duhigg writes in his outstanding work about the power of habit formation and the reason behind what we do in his book, THE POWER OF HABIT. He details the science behind how we build habits, and that the key to establishing new patterns is to understand how habits are formed in the first place.

No matter how accomplished or studied we are, doubt creeps in from time to time.

For creative types, it happens moment to moment and second by second.

Doubt can serve as a powerful survival mechanism and it can also be debilitating.

Regardless of how you feel doubt, the key to overcoming it is in mastering small details.