5 Tips To Make A Change For A Better You

Small Behavioral Changes That Will Help You Become A Better You 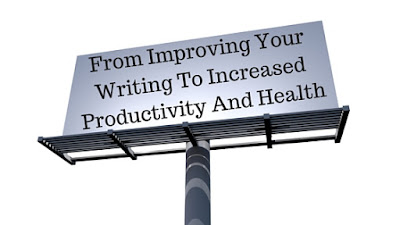 This post is about behavioral modification and habit forming.

We need to define habits and behavioral modification as making subtle changes in our unconscious actions (habits) and learning new behavior through regular conscious activity until it becomes automatic behavior (new habits).

So, how does this apply to you and my writing and Kindle Publishing journey?

It's about ways to overcome challenges that seem too grandiose and too large to otherwise accomplish.

It's about making major changes in how we create and reinforce actions, good and bad, and how we can make small changes for major accomplishments.

The trick is about taking small detailed steps that you can build upon.

Slow And Steady Wins The Race 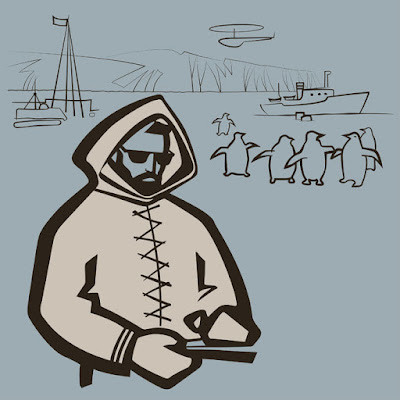 In a popular, well known book by Jim Collins called "Good To Great," he writes a story about two groups of people that are attempting the overcome the same challenge in two distinctly different ways.

What both groups were were attempting to be the first to reach the South Pole during a time when luxury was low and the risk was great.


Get It From Amazon - Good to Great: Why Some Companies Make the Leap...And Others Don't

One group led by British explorer Robert Falcon Scott would "batch" their efforts.  They would hike as far as they could and for as long as they could maintain it, weather permitting.  Trudging upward of 40+ miles a day on nicer days, they'd hunker down and rest on days where the weather was too large a challenge to overcome.

The other group of four hikers led by Norwegian explorer Roald Amundsen set out on their itinerary with a more manageable, reasonable goal.  The second group chose to hike 20 miles a day, the weather being accommodating or not.

The winner was Amundsen's second group, who beat the British by a full 5 weeks!

So what does that mean for us to improve our productivity?

It's proof that taking large tasks and breaking them into smaller, more manageable tasks is a great productivity tip.

Another example of this tactic is in Major League Baseball (MLB). 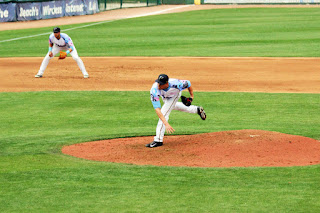 In a recent study, MLB points out that starting pitchers that go the full game, called a complete game in the parlance, is down in recent years.

In fact, in the MLB study, they claim that of all the 2,700+ games or so, only 60 complete games were recorded. That equals only one complete game for every 45.6+ starts.

Of course, there are factors that come into play with these statistics, such as highly specialized relievers or games being broken up by the offensive team in the late innings for examples.

It also means that it's much, much harder to do something of quality over long periods of time.

Sustainability is one of the keys then.

Most MLB pitchers work about 5 innings or have a total pitch count before they're substituted for, with another 4-5 days off before their next start. Simply put, shorter durations of pitching with longer recovery as a tactic is supported by the previous data.

To Make A Change Requires A Conscious Choice

So what do the Antarctic expeditions and Major League Baseball analogies have to teach us about behavioral changes and improve our productivity?

They teach us that having short, obtainable goals can get us further than running to our limits of endurance or trying to do things only when conditions are near perfect.

So how do we make the incremental changes to have monumental gains?

In a recent blog post on the Psychology Today website, they discuss the problems of changing habits and how to make long-term behavioral changes more effective.

The slant of the article was that there are some concrete steps that have to be taken to make positive changes in our behaviors, and that without these steps, behavioral modification - habit formation - can be extremely difficult.

5 Tips To Make A Change For The Better 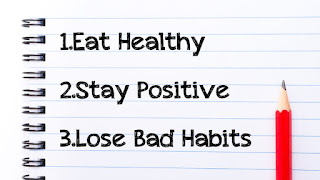 1. Decide To Make A Change:

To make a substantial change, you need to make a clear decision that there is something that needs to change.  It could be something life altering such as eating healthier and beginning an exercise routine, or something minor like waking up 15 minutes earlier every day.  The point is that there needs to be something that you recognize as a problem and one that you want to correct.

The next step after deciding you want to make a change is the hardest.  Believe that change is possible.  If your habit is being late for everything, and you believe that you're destined to be tardy to things, you'll never make that change.  So the struggle is to decide that the bad habit is something that needs to be changed, and you need to change your thinking about tackling that problem.

2. Think About Why The Problem Exists:

If you're chronically tardy, why is that?  Is it you're easily distracted and lose track of time, traffic is poor in your area, or something else?  It could also be a subtle issue of control - controlling the times of other people's involvement with you, placing a subconscious hierarchy that places yourself over others.  Perhaps it's a subtle grab for attention.  Take a hard look at why tardiness is a chronic condition. If it's attention, think about ways to get that attention in other, more positive ways.

3. Inning by Inning or Step By Step:

Just as it's difficult to win a baseball game from first pitch to final out, making a behavioral change requires a lot of small, adjustable steps to make it permanent. The focus at this point should be to set goals that are closer to where we're starting off rather than where we plan on ending up.  For example, the article discusses a scenario where if the problem is being tardy by 30 minutes, try to set a more obtainable goal of only being late by 10 or 15 minutes.

By establishing shorter goals, you'll see quick victories and that sense of achievement will build momentum toward the next goal. Master one small step then add on a new step, like climbing a set of stairs. It's the process of meeting small goals on a step by step basis that helps you reach your destination much easier, and much more permanent.

The reason for this is that we are hard-wired in our brains to make regular actions into habits over time.  By making small improvements, we're building the neural pathways that help establish a new routine and that routine is what we're doing to establish new habits.

In other words, think about habit formation as a baseball team.  Win the game with a majority of pitchers in each inning rather than relying on one pitcher to carry the team to the final out.

The mistake that most people make when changing their behavior and habits is that they approach it from an absolutist approach.  Absolutism is the "all-or-none", black or white approach.  The problem with this is that there isn't room for mistakes and slip-ups, which is part of the process of behavioral modification. 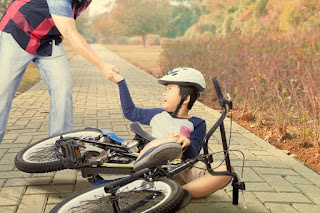 One of the biggest mistakes dieters make is focusing on the short-term benefits and goals of changing their eating habits rather than the long-term benefits.  We choose to lose 5 extra pounds and are really good for a few days.

But then we slip up.  And then we beat ourselves up about the mess up.

The absolute approach is one of the problems.

Knowledge is experiential.  We learn by doing, but more important, we learn by making mistakes through trial and error.  Making a change in our habits is a process of learning new behavior through regular conscious activity until it becomes automatic behavior.

Diets that stick are ones that follow the guidelines outlined above. Steps that successful dieters take are deciding to make a change, examining why they've adopted the negative behaviors, to creating a process of smaller victories over large changes.

One other thing that helps lifestyle diets make the biggest change is the ability to understand that mistakes are going to happen.  You're changing a habit, which takes time and concentrated effort, and so mistakes are inevitable.

So the best advice is to plan for those slip-ups.

We can convince ourselves that it's ok to have a "cheat day" once a week.  Over time that cheat day isn't so important, and we can eventually limit those days to twice a month and then to never after we achieve new habits.

After we realize that there’s a need for change, and we decide to take action, the next step is to make our goals accountable.

There are two ways to make your goals and habits accountable within the guidelines we’ve discussed already. 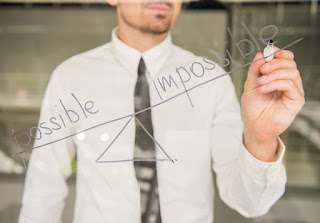 The first is to make a small table or calendar to chart your progress.  For example, as a writer there’s a number of directions each character could go within the plot of the story arc.

If you write each one out, we end up with pages of unnecessary deviations from the central point and waste a bunch of time.

Perhaps it’s the thought of writing the book in your mind that’s limiting you.  By taking small, decisive steps each and every day, the word count stacks up over time.

A good example is to take a calendar and put a large “X” for every day you write.   Jerry Seinfeld spoke about this as his way of holding himself accountable for his creative work.

What it requires is marking a calendar with an “X” every day you write to a word count or duration of time eventually the calendar becomes blotted by all the marks.

It becomes a tool to hold you accountable, one with its own momentum, a chain of action that you can see and reflect upon. In his discussion of his creative technique, Jerry Seinfeld said, “don’t break the chain.”

The second way to hold yourself accountable is to set your goals and tell others about it.  Ask friends and family to give you subtle reminders any time that they see you slipping up or not making headway in your process.

Be careful about this, however.

Asking friends and family to help you can also become annoying if you only tell them the overall goal.  The further you are from where you want to be the more it will appear to them that you may not be working hard enough.

So give them small goals to help oversee with your behaviors rather than the final destination of your goal.

This is an example why business coaching is such a lucrative profession.  Business coaches work with individuals, typically entrepreneurs, to hold them to small goals for their business and professional growth.

The coaches may have an idea of the overall goal for the business growth, but they focus on more manageable steps that the individual can accomplish.  This helps the entrepreneur stay on task and keep clear metrics in mind.


We all want to improve at something.  From losing weight, playing a piece of music, to writing and business productivity, setting small manageable goals will help create regular actions that will develop into new habits.

And by taking decisive actions with the help of professionals and friends, we're apt to follow through with our plans, making our goals much more realistic.

It's by deciding what we want to change and the small steps we need to take that the impossible becomes possible.  It's true in sports and business, it's true in writing and other creative endeavors, and it's true with health and fitness.

So decide what you want to change and get started now.