There Are More Important Things Than Profit 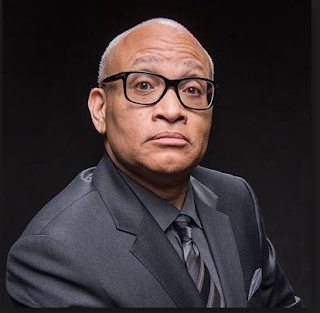 One of the greatest tragedies in modern society is the fact that something of value, something that represents positive thought and opinion is subject to the whims of a profit motive.

While it's hard to replace a great program like the Colbert Show (ask Steven Colbert about replacing Letterman) - The Nightly Show was a necessary infusion of viewpoints under-represented otherwise.

I didn't always find the show funny.  There were times it was boring and dull.

But there were other times it was incredibly entertaining and funny.

Most of all it tried to be fresh; it worked to present perspectives that you couldn't find on the other networks.

Today it was announced that The Nightly Show was cancelled and wouldn't air after the end of the week.

While that may, or may not, seem like a big deal, it is.

The reason it matters is that The Nightly Show brought to attention a lot of racist and socio-economic issues that you haven't seen or heard of before.

And tonight, the cast, especially Mike Yard and Rory Albanese, ripped apart the veil that too many in an industry are willing to hold over their faces. They were willing to say basically, "fuck it, I'm now out of work anyway, so here's the truth as I see it."

In the segment "Pardon The Integration," they discussed the "N-word", it's power and influence on society and most importantly, how it still has it's power.

The segment showed that the word has it's power because it makes white people uncomfortable.

I will miss The Nightly Show.

Much like I miss Jon Stewart, Edward G. Morrow (even though I wasn't alive before he died) , Howard Zinn, Kurt Vonnegut and others (such as Mark Twain, Edgar Allen Poe) that were willing to speak truth to power.

Larry Wilmore has been willing to speak for those of us without the megaphone that what is going on is not right. He said some incredible things about the dangers of a Trump Presidency in a way that was honest and truthful without the histrionics of other shows.

Gone is the voice willing to speak when others shout.

Forgotten is the power that nonviolence wields as a hammer on the anvil of hate.

Lost somewhere is the authenticity, the genuine, for the temporary pursuit of profit.

When we leave, it doesn't matter how much paper we had or what our returns on investments carry.

How often do you discuss profits and margins with your loved ones?

How important is your 401(K) to your friends?

While they matter to you, it's not that important at the end of the day.

(Fuck you Comedy Central, MSNBC, Viacom and others. Yes, you have a right to make a profit, but not at the expense of truth)