The Myth Of Hyper-Productivity 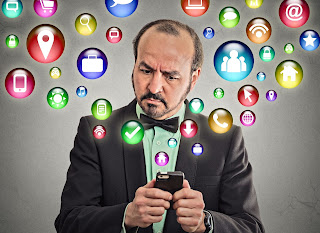 Everywhere you look these days, there's a glorification of busy.  From business leaders, entrepreneurs, athletes, politicians and more, the idea that working 24-7 is one that has run its course.

The problem isn't that being busy is a bad thing.

There are plenty of studies that claim we are better at managing our tasks and our time when it's more finite.

And that is at the risk of our success, and most importantly, our health.

It's A Lie The Puritans In Salem Tried To Sell Us


Piling on hours of work just to be busy doesn't guarantee we're accomplishing more.  Research shows that we are in fact, achieving a higher volume of lower quality.

No doubt it was once a great survival mechanism for the early settlers in New England, especially the Puritans.

Expelled from England, living in dire situations in the middle of brutal winters and with mortality rates being astronomical, it would make sense that someone would have to work constantly.

You had very little help.

But that was hundreds of years ago.

The Puritans definitely couldn't have imagined centralized air and heating, an iPhone much less the Internet or the current Presidential contests for that matter.

So why do we Americans uniquely obsess over a survival mechanism that is outdated as the New England Witch Trials?

If you don't know what the witch trials were, it was a test that was thought to prove whether a person was a witch/warlock or not.

If accused of witchcraft, a person was tied to a rock and thrown into a body of water.  If the person floats to the surface, they were "proven" to be a witch.  If they drowned, their innocence was proven.

Not much good that did for the innocent.

The idea that you can work 12, 14, 16 hours a day and not have a point of diminishing returns is factually false.

In fact, working less, with much longer breaks in duration is a concept that is rightfully gaining a lot of steam.

Interval training for athletes with long breaks between performance is an area that has proven to be a strategy for peak performance and one that should - and hopefully may - be moved into the working world.

Again, the idea of those monster "all-nighters" to reach a point of maximal productivity is simply wrong.

It's actually a race to diminished returns.

Which is a great strategy for the makers of trolls. You know those little plastic toys with the whips hair that you could place on the tips of your pencils.

While it may be a great tactic if you need to build millions of little pencils with trolls on their erasure tips, it's not much help if you're trying to get something of value accomplished. 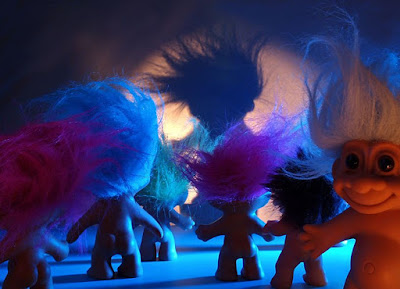 Again, thinking that being active is ideal for a lifestyle and goal achievement, being busy and always active is proven as to be not so great a tactic.

No, the key to being successful and happy is to focus on one task and to see it to completion.  Or concentrate on learning just one skill and see it to mastery.

Then and only then, is it best to move to a new task or skill.